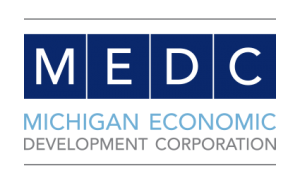 Michigan and Canada share a unique relationship with over 40% of all exports from the state coming to Canada. Bilateral trade between Michigan and Canada is estimated at approximately $75 billion annually with the automotive industry accounting for over 50%. Every day, the combined U.S. and Canadian automotive industry sends thousands of truck shipments totaling over $100 million across the Detroit-Windsor border. Energy products, industrial equipment and machinery, minerals and metals and some agricultural products make up the remainder of products traded.

Detroit, Michigan and Windsor, Canada are two cities that are intertwined through manufacturing, trade and culture. Connected by with the Ambassador Bridge, the Windsor/Michigan corridor has been a long-standing symbol of trade and co-operation between the two countries.

The newly proposed international trade crossing is yet another indicator of the continued relationship that will launch both economies into the new era by increasing the flow of commerce between Canada and Michigan.